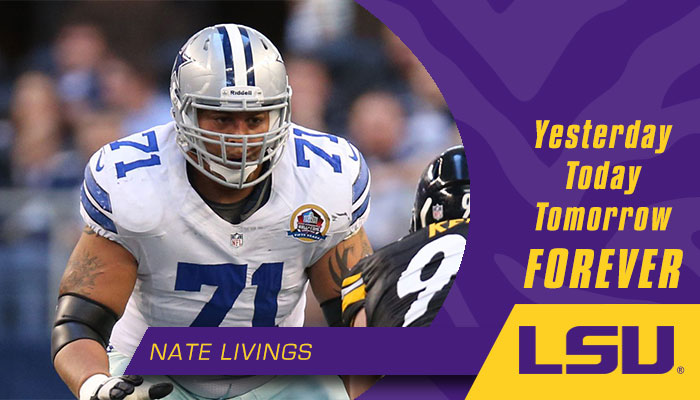 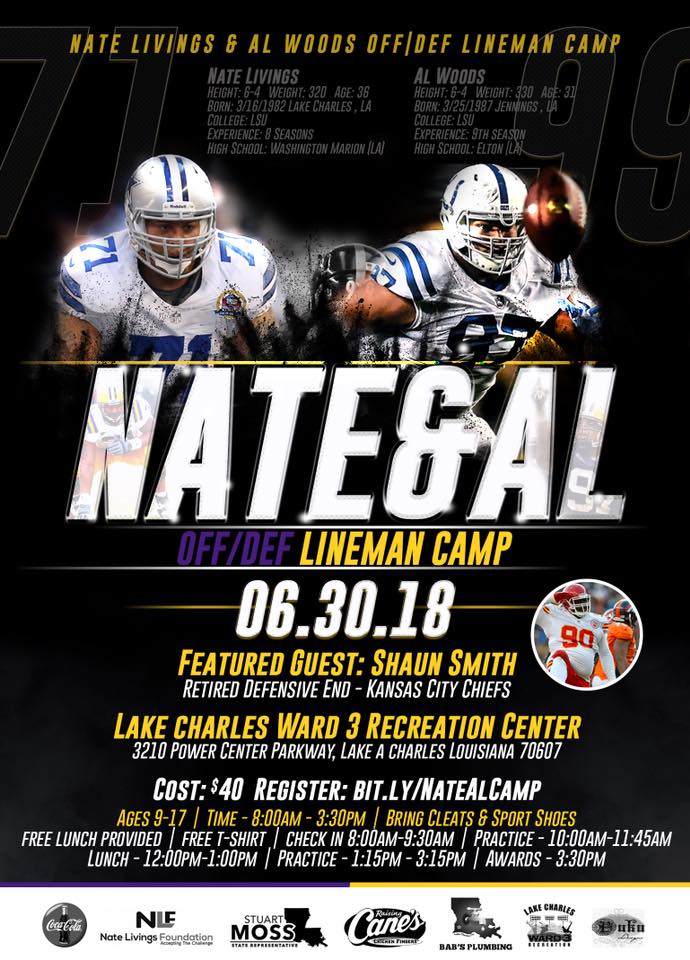 Nathaniel Joseph Livings (born March 16, 1982) is a former American football guard in the National Football League for the Cincinnati Bengals and the Dallas Cowboys. He played college football at Louisiana State University.

Livings attended Washington-Marion Magnet High School where he played defensive tackle. As a senior, he was named All-Southwest Louisiana after registering 124 tackles and 5 sacks.

He had academic eligibility problems and instead of going to a junior college, chose to sit out two full years taking correspondence courses. He received a scholarship from Louisiana State University, where he was a three-year starter and played every offensive line position except center. He appeared in 38 games (34 starts) and was a part of the 2003 championship team.

LSU CAREER
Three-year starter on the offensive line for the Tigers … Played 38 games with 34 start during his career … Played a total of 2,038 snaps from scrimmage during his four years with the Tigers.

SENIOR SEASON (2005)
Played and started all 13 games for the Tigers in 2005 … Saw action on 773 snaps from scrimmage, third-most of any offensive lineman on the squad … Called for only one penalty all year and allowed just 4 sacks … Credited with 109 knockdown blocks and 14 pins … Started 12 games at left guard and one contest at left tackle … Start at left tackle came in road win over Vanderbilt … Played season high 74 snaps against Vanderbilt … Played every offensive snap from scrimmage in three consecutive games against Vanderbilt, Florida, and Auburn … Also went the distance against Alabama, Arkansas and Georgia.

SOPHOMORE SEASON (2003)
Talented sophomore who emerged as a starter on the Tiger offensive line … Played and started 10 games at left guard … Suffered a knee injury in the first half against South Carolina and had to sit out LSU’s next four games … Returned to action in a starting role against Arkansas … Saw action on 495 snaps in 2003 and did not allow a sack … In 10 games, had 9 pancake blocks and 64 knockdowns … Whistled for only 4 penalties all year.

FRESHMAN SEASON (2002)
Played in four games as a true freshman for the Tigers … Gave the Tigers quality depth on the offensive line … Played 25 snaps at offensive tackle.

HIGH SCHOOL
Member of the New Orleans Times-Picayune Top 16 Blue Chip list for 1999 as well as the Baton Rouge Advocate Second Dozen … Named to the Purple and Gold Magazine Second Eight … All-Southwest Louisiana after leading his team to a 9-4 mark and the state playoffs in 1999 … On defense, collected 124 tackles and five sacks … Member of the PrepStar Dream Team … Coached by Wayne Reese … Signed with the Tigers in 2000 and 2001.

Cincinnati Bengals
Livings was signed by the Cincinnati Bengals as an undrafted free agent on May 2, 2006. He spent two seasons in the team’s practice squad, until November 17, 2008, when he was promoted for depth purposes. He became a starter at left guard in the eleventh game of the season, and remained a starter in the following years.

Dallas Cowboys
Livings signed as a free agent with the Dallas Cowboys on March 16, 2012, with the intention of replacing Kyle Kosier. Although he started every game, his play didn’t live up to expectations. On September 1, 2013, he was placed on the injured reserve list after missing most of the pre-season with a right knee injury, the same problem that bothered him for much of the previous year. He was released on September 5.